Help! I am losing my mind!

This is how we can feel when we have experienced a difficult confrontation with our T.T. (troubled teen) . We are often overwhelmed by our angry mind, totally lose our cool and end up feeling drained, exhausted and are probably left with a thumping headache.

When this happens we have usually lost control of the situation and our T.T. knows they have found yet another way to wind us up!

Now in my experience these situations can become quite commonplace in the T.T. years (though you may be lucky and escape them!) so it’s a good idea to get a handle on them as soon as possible for everybody’s sake. By understanding anger and how it arises we can then look at the antidote.

We began in Part 1, (please click here if you missed it) and will now look a little deeper and explore the solution.

When our mind is angry we are not seeing the true situation or person, we are focusing only on the negative qualities, exaggerating them and creating an illusory object, which does not, in fact, exist.

Think about a close friend or partner that we have had an argument or disagreement with. We are soooo angry, we wonder why we ever got involved with them in the first place, they are always annoying us by doing ‘x’, and last week they said ‘y’ and 3 months ago they didn’t do ‘z’ when they were supposed to.

All-in-all we are just wasting our time bothering with them, we’d be better off without them. At this point, we have created an illusion – an ‘inherently faulty’ person. A person with absolutely no good qualities whatsoever. They are completely faulty in our mind – in fact, although we don’t see it – it is only in our mind that they exist in this way.

We have overlooked the fact that last week they made us a lovely meal, took us to a film, or drove us to work everyday. Last month they cared for us when we were ill and actually 3 months ago they were like a rock to us when we had trouble with the boss in work.

Strangely enough, when they appear tonight with a bunch of flowers, a takeaway or a box of chocolates, they will become the most amazing person we have ever met, and we will then decide we couldn’t possibly live without them.

So will the real person please stand up?

Actually neither of these ‘real’ people exist, other than in our mind. Our mind is choosing or creating which person we see.

So this is another reason why a mind of anger is so dangerous. The mind of anger is seeing only what it does not like, in that moment of time and trying to push it away as quickly and forcefully as possible. Ignoring all else.

At extremes, this is why we see tragic cases of loved ones being killed in a fit of rage, by their family/ partners. The mind of anger has taken over, reacting to some word or deed it doesn’t like , doesn’t want to tolerate and in a flash it has acted to remove it. It has taken control.

So although we may say “Yes, but I’d never do that”, we need to think about all those times some word or deed has ‘slipped out’ when we were controlled by the delusion (negative mind) of anger.

Think about the T.T. who is currently making life difficult and question “Are they inherently faulty, from their own side, without depending on my mind?” Or is the mind of anger just focusing on that aspect I do not like and do not want to face?

If you are in any doubt, creep into their bedroom in the depths of night,  when they are innocently curled up asleep, and ask yourself the same question!

So now we can understand the danger of allowing anger to take over our mind and learn to combat it with one of the tried and tested opponents…… Patient Acceptance to the rescue!

If we think of the world as a whole and try to write a list of anyone who has ever lived, without encountering any problem whatsoever throughout their whole life, we would have a blank piece of paper.

The nature of our world is such that we will always encounter problems and difficulties as well as happy times.

Think back over your life…….hasn’t it been a series of ups and downs from day 1?  Just as you were settled and comfy in your pram with a nice full tummy, ready for a sleep, something odd happened and you found you were lying in a bit of a soggy mess, what’s worse they were too busy to notice straight away and you had to scream your lungs out to get them to bring a clean nappy!

Have you noticed nothing much has changed? Just as we get settled and happy in our life, everything is going to plan, but whoops, something unexpected happens and things get into a bit of a mess once again! We kick and scream (figuratively speaking) in rebellion, trying to re – establish the status quo.

Now when this happens there are only two possible outcomes:

1.We can solve the problem (or we know someone else who can).

2.We can’t solve the problem.

So if we can solve the problem, why waste breathe kicking and screaming, and developing an angry mind? Why not just get on with the solution.

If the problem can’t be solved we are still wasting our breath , as screaming shouting and getting angry wont solve it. The only thing it will do is make us feel worse: blood pressure rising, heart rate increasing, breathless, losing control, acting on wild impulse, with the resulting exhaustion and headache.

As Shantideva , an 8th century  Buddhist master once said :

“If something can be remedied

Why be unhappy about it?

And if there is no remedy for it,

There is still no point in being unhappy”

In everyday terms, patient acceptance means we accept the difficult situation patiently, rather than angrily trying to push it away. We approach it calmly to see if there’s a solution. In this way we can focus all our energy on the problem, rather than letting anger sidetrack us. Giving ourselves more chance of success.

Have you noticed how being angry and out of control with your T.T. doesn’t actually get the result you want? We don’t give our intellect or wise intuitive mind a chance to kick in.

In my experience, some of my better decisions have been either based on an intuitive feeling of what was the best thing to do or say at the time, or after careful intellectual deliberation. When I lost my cool, both of these options flew right out of the window and I sometimes ended up making things worse. (So I know this works, despite the fact I still sometimes trip myself up yet again!)

That is not to say we can’t ever raise our voice if we consider it necessary, the difference is we know (and they know) whether we are angry and out of control, or calm and establishing control of the situation.

Start small! Don’t expect to master this technique first off with a major situation, but rejoice if you do!

Watch your mind for the first stirring of anger and try to stay calm and  nip it in the bud by thinking through the above reasoning.

Don’t repress anger (or any other delusion), we are just fooling ourselves, as mentioned in Part 1:

“repressing or burying our anger won’t help, it will just build up then erupt like Vesuvius.

It’s like taking our car to the garage with a problem, if the mechanic doesn’t look under the bonnet the problem will never get fixed. If he looks but ignores the problem he finds, the problem won’t get fixed. In both cases it will likely get worse. Furthermore if he finds the problem and beats himself up over it then we just have an incapacitated mechanic!”

Don’t beat yourself up if your angry delusion gets the better of you…think of it as a work in progress:

“If you don’t start somewhere, you never arrive anywhere!”

(and don’t forget to give yourself a pat on the back every time you give it a try…..practice makes perfect…even if it takes a while.)

Coming soon, with another opponent to anger…”How can I love this monster?” 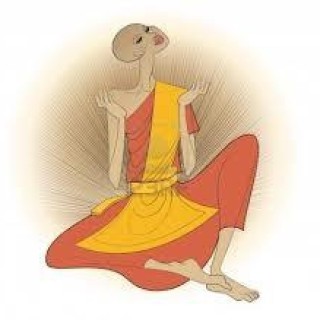 I am a Buddhist parent with children who has experienced some very difficult times during their teenage years and beyond. This blog was started to help others, both non-Buddhist and Buddhist alike, find some peace and calm during what can be turbulent times for both parent and child, and hopefully emerge "on the other side" as a more positive, happy person. Hopefully by sharing my own experiences and the techniques I used for help , you too will be able to forge a (more) peaceful pathway through these years.